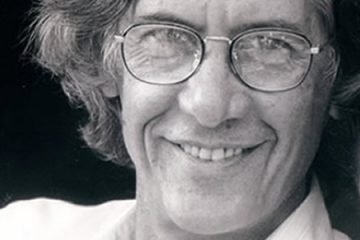 Cucchiara started his activity as singer-songwriter in the 60s.

After having debuted as a playwright in 1970 with the musical Cassandra 2000, in 1972 Cucchiara got a large national and even international audience and critical success with the musical Caino e Abele (“Cain and Abel”), then Cucchiara focused his activity on stage, as author of other successful plays such as Storie di Periferia (1975), Pipino il Breve (1978), La baronessa di Carini (1980),  La fanciulla che campava di vento (1985), Stracci (1986), Don Chisciotto di Girgenti (1990) L’Altra Ceneretola (2001) and Troglostory (2011) and he is also working as as television writer for Mattina in Famiglia (RAIUNO). 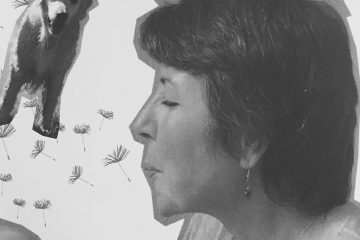 Giovanna was born in Milan. Later she was ideally “adopted” by Rome and Genoa, where she grew spiritually and artistically mature. Ever since she was very young she made some extraordinary professional and creative experiences. In the cinema she has been holding important positions in Italian and international groups, such as Titanus (as Vice-President), Canal Plus, Fininvest, Columbia Home Video, RAI (in the implementation of some projects). She has been awarded several prizes, among which the 1989 Oscar for the best foreign film Nuovo Cinema Paradiso, as co-producer and distributor with Titanus. In the theatre she has been a sponsor of the Compagnia Glauco Mauri for several seasons, following them in many tournées; she co-produced Dance, Pinocchio by Pooh and Lennon&John. In the fi eld of culture she produced and promoted the I guerrieri di Xian (Terracotta Army) exhibition in Rome (Galleria Colonna, 1994); she made a video to raise funds to rebuild a portion of the Basilica of Assisi, destroyed by an earthquake in 1997. Since 2009 she has been co-producer of the rock band Mercutio (mercutio.me), together with her friend Gianluca Cucchiara for Diverge Records. In these milieus, bubbling with ideas, Giovanna begins to test and explore her artistic vein. But only her encounter with painting will give her the perception of a non pre-established way to express her artistic instinct.  In 2009, together with her husband Madhu and under the pseudonym L’Uomo delle Fiabe (The Fairy-Tale Man), she gives life to Il libro della fiaba del cuore (The Book of Your Heart’s Tale) – she draws and makes each cover, binding it by hand and making each book a unique work. In 2012, together with Madhu, she writes Il viaggio: dall’iniziale del nome al numero del destino (The Journey: from a Name’s Initial to the Number of Destiny). (luomodellefiabe.it) 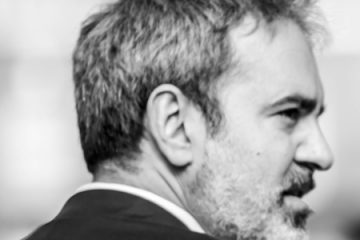 Gianluca Cucchiara is an Award Winning Composer and he works as a musician since 1989.

He has composed music for TV shows, theatre, movies and several musicals.

Recent work includes the soundtrack for the movie “Irrefutable Proof” – Golden Palm at 2016 Beverly Hills Film Festival as Best Movie in all categories”. Directed by Ziad H. Hamzeh with Sheena Colette. The soundtrack for the short movie musical “The Secret of Joy” directed by M.Bartoli (Los Angeles 2016) winner Best Original Song award at Los Anngeles Iternational Film Festival 2016. He is also the main composer for the rock band Mercutio,  the album produced  by Giovanna Romagnoli includes collaborations with names such as Andy Wright and Alan Moulder. 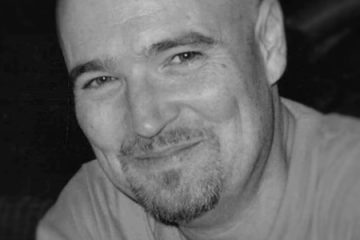 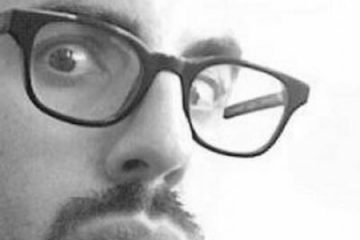 Michael is a musical theatre lyricist and librettist living in London. With Luke Bateman he has written THE SORROWS OF SATAN, PERSONALITY: A DARK STORY OF LIGHT ENTERTAINMENT (based on the novel by Andrew O’Hagan) and THE LITTLE BEASTS (WHAT HAPPENS TO NAUGHTY CHILDREN) which is being developed by Perfect Pitch and will open at The Other Palace later this year. With Richy Hughes and Joseph Finlay he has written THE SUPERHERO: A ONE DAD MUSICAL.

Michael adapted Julien Salvia and Ludovic-Alexandre Vidal’s Marius Award winning musical THE PRINCE AND THE PAUPER and their Molière Award nominated musical MATCHES into English.  Michael is a founding member of the BOOK Music & Lyrics professional development workshop (for which he also sits on the board). 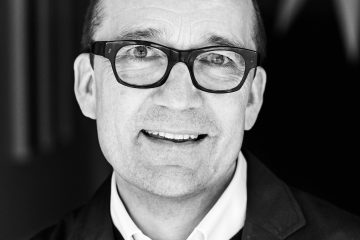 “This production of ‘Elektra’ does not require suspension of disbelief. It is simply ripped out of the audience…domestic horror made sublime and brilliantly rendered.” National Post (Toronto), Elektra, Canadian Opera Company

Other credits include theatre productions in the UK, Belgium, Romania and the commissioning and development in Ireland of plays by new Irish writers on contemporary social themes.

He is author of the ground-breaking performer training work: “The Singing and Acting Handbook” (published Routledge London and New York) and a regular visiting artist at conservatories worldwide.

Based for seven years in Perth, he was founder and inaugural Artistic Director of the critically acclaimed opera company Lost & Found, hailed as “the nation’s most innovative opera company” (Opera Magazine) and “one of the few genuinely disruptive arts organisations in Australia” (The West Australian). The company’s critically acclaimed productions have included Poulenc’s The Human Voice (hotel room); The Emperor of Atlantis (synagogue); In the Shadow of Venus (three short contemporary American works at Perth Institute of Contemporary Arts and Winner of The West Australian Arts Editor Award); Milhaud’s Médée (former asylum for women); and Bizet’s Don Procopio (Italian Club and outer suburban wedding venue).

In July 2018 he was appointed General Director of New Zealand Opera, providing the creative and operational leadership at New Zealand’s national opera company. Critically acclaimed productions for New Zealand Opera include: Semele (a site-specific staging at The Holy Trinity Cathedral Auckland and filmed by Rebecca Tansley for cinema presentation across in New Zealand where it was in the top ten for box office receipts, Sky Arts Channel and European television stations); The Turn of the Screw; Eight Songs for a Mad King and The Human Voice. 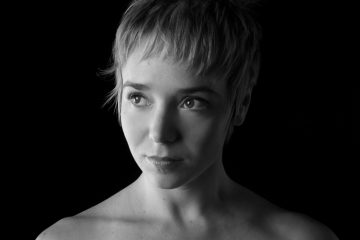 Eleesha Drennan is an award winning British/Canadian choreographer, performer and educator. She completed her training at the Northern School of Contemporary Dance and McMahon School of Ballet in Leeds. Eleesha was an integral member of National Dance Company Wales between 2004-2013 and became House Choreographer in 2011 where her artistic vision took hold. Her work has been enriched and influenced by collaborations with composers, designers, visual artists and technologists, notably Channel Rose performed to live music featuring a new composition by Mark Bowden (British Composer Award 2016). Eleesha is an inaugural FreeSpace Artist at Studio Wayne McGregor and is sponsored by Sky Arts.

Eleesha was awarded first prize for ‘Whiskers’ at the International Solo Dance Theatre Festival Stuttgart 2012 and received the Sky Academy Arts Scholarship in 2014 for the creation of Channel Rose. She has received valuable mentorship from Wayne McGregor and Kerry Nicholls.

‘Drennan’s aesthetic is very much her own. Her imagery is strong and original and elicits excellent performances from the dancers’ – Judith Mackrell, The Guardian on Channel Rose 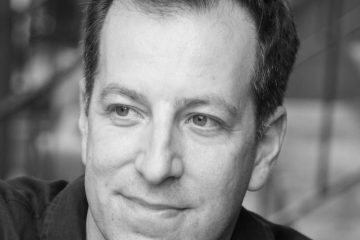 Ted has maintained an active and successful career in the theater and concert worlds for over thirty years. A multi-faceted artist, he is a director, music director, conductor, orchestrator, singer, pianist, violinist and violist. He is the Artistic Director of MasterVoices (formerly the Collegiate Chorale,) and Principal Conductor of the Westchester Philharmonic.

Mr. Sperling won the 2005 Tony and Drama Desk Awards for his orchestrations of The Light in the Piazza, for which he was also music director. Other Broadway credits as music director/conductor/pianist include the rapturously received revivals of Fiddler on the Roof, The King and I and South Pacific; Guys and Dolls, Dirty Rotten Scoundrels, The Full Monty, How to Succeed in Business Without Really Trying, Kiss of the Spider Woman, Angels in America, My Favorite Year, Falsettos, The Mystery of Edwin Drood, Les Misérables, Roza, and Sunday in the Park with George. Mr. Sperling received the 2006 Ted Shen Family Foundation Award for leadership in the musical theater, is a consultant to the Public Theater, and is Creative Director of the 24-Hour Musicals. 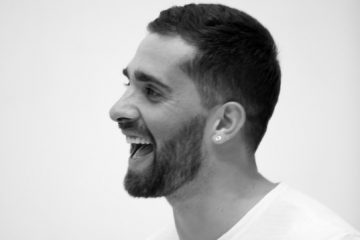 Trained at the Paris Conservatoire, Mathieu Geffré has danced accross Europe for the past 10 years. As a full member of companies such as Dansgroep Amsterdam and National Dance Company Wales he collaborated with number of internationally recognised choreographers : Itzik Galili, Johan Inger Mark Baldwin, Angelin Preljocaj and Caroline Finn among others. Now based in London, Mathieu is involved in projects with Didy Veldman, Theo Clinkard, and Eleesha Drennan. Awarded 3rd Prize Choreography during the Copenhagen International Choreography Competition in 2016 Mathieu has also been commissionned as a choreographer by Nationaltheatre Mannheim, Monmouthshire Youth Dance Company and National Dance Company Wales. 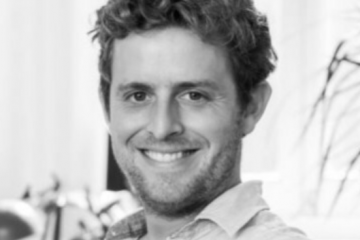 After graduating from Durham University Oliver trained as an actor at Drama Centre London & The Boris Schukin Theatre School in Moscow before turning his hand to producing. He is the director of both Wild Yak and Belka Productions.

Oliver is a member of the Society of London Theatre (SOLT) and also manages the UK based international arts charity, Developing Artists. 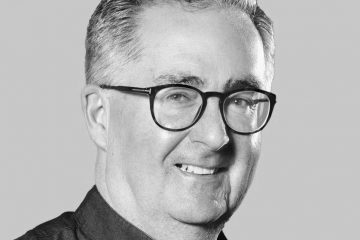